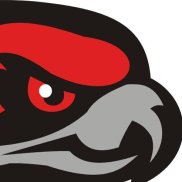 The Nighthawks football team started in 2012 with 17 players and 6 game schedule. The majority of the boys had never even played before, but went 5 and 1 and the rest was history. Since then we’ve grown to a 40 man varsity roster, a middle school team, and a 5th and 6th grade team. The Nighthawks have appeared in two consecutive homeschool national championships and show no sign of stopping.